Can a penalty fee for the early termination of a lease agreement be classified as a tax-deductible cost?

A Company, which was leasing service premises under a lease agreement concluded for a definite period, decided to terminate the lease early because it was unprofitable. This could have happened to anyone, especially during the coronavirus epidemic.

When the parties terminated the lease agreement, they agreed that the company would pay a lump-sum penalty fee to the lessor. 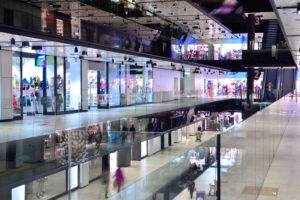 On 29 December 2015, the Director of the Tax Chamber in Warsaw, acting on behalf of the Minister of Finance, issued an individual interpretation for the company, No. IPPB3/4510-833/15-2/DP, in which he considered the position of the company regarding the possibility of including the fee paid for the early termination of the lease agreement as a tax deductible cost.

The Company filed a complaint against this interpretation of the tax law with the Provincial Administrative Court in Warsaw (WSA), which, in its judgment, annulled the contested individual interpretation and ruled that Article 15 (1) of the CIT Act obliges it to take into account the whole context of the taxpayer’s economic activity, as it is only from this perspective that it can be assessed whether the expenditure was incurred for the described purposes or not.

It is important to note that the intention of the taxpayer to reduce losses and not only to increase the profits generated by a certain part of company’s activity justifies the view that the expense is deductible.

Losses reduce income and therefore, reducing or eliminating a loss leads to increased income. Incidentally, this view is apt and can be used in a number of issues in disputes with the tax authorities.

The Supreme Administrative Court shared the position of the Provincial Administrative Court in Warsaw, stating that, if the termination of a lease agreement and the payment of a fee on that account creates a more favourable situation for the taxpayer resulting in an increase in income, then such action should be considered economically justified and the expense incurred for the additional fee is related to maintaining or securing the source of income.

The Director of the National Tax Information Office shared the taxpayer’s argument that the company, by paying the lessor a fee for the early termination of the lease agreement, sought to preserve and secure its sources of income, and the main purpose of the transaction was to improve its financial standing as continuing to lease the service premises under the existing agreement proved to be unprofitable.

To sum up, a fee paid for the early termination of a lease agreement may be classified as a tax deductible cost if the circumstances of the case and the taxpayer’s motivation indicate that the purpose of the action taken was to secure and preserve sources of income pursuant to Article 15 (1) of the CIT Act.

It is important to properly document these circumstances and to implement certain ways of demonstrating such circumstances.