A fine and an administrative penalty at the same time: does this constitute a double punishment for the same thing?

One of the principles of criminal law is that for one crime, an offender can only be sentenced once, for example, to a fine. However, in practice, it is often the case that in addition to a fine, a convicted person is also subject to another type of financial penalty. What is the reason for this?

An example of this can be the imposition of both a criminal fine and an administrative penalty under the Fiscal Penal Code and other legislation. For explanatory purposes, we refer to the Gambling Act. The Supreme Administrative Court indicated that there are no obstacles for the legislator to simultaneously establish a financial administrative penalty and a criminal fine in criminal and fiscal proceedings based on the same facts for the act of arranging a game without a license on slot machines outside a casino. Such a decision was possible because conducting gambling without a permit or license, or violating this permit or license, is prohibited under both the Fiscal Penal Code and the Gambling Act. 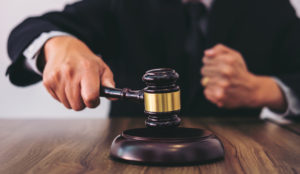 Interestingly, this decision was made regarding a person who did not own the gaming equipment or install it on his premises, but only rented out the part of the premises where the gaming machine was placed. The Supreme Administrative Court decided that the owner of the premises was actively involved in conducting the prohibited activity noting that if it were not for the lessor, it would not have been possible to conduct such activity in this place.

As the jurisprudence indicates, the “double” punishment of the same person for the same act, as in the above example, only seemingly violates the prohibition of double criminality. This is due to the different functions of criminal and administrative responsibility. It is emphasized that the purpose of an administrative penalty is principally to recover undue benefits, while the purpose of penalties imposed on the basis of the Fiscal Penal Code is primarily to pay for breaking the law. According to the Constitutional Court, the concurrent punishment of a fine and an administrative penalty has been found to be consistent with the Constitution.

However, it should be remembered that any imposition of penalties on an entity must meet the requirements of proportionality. The determination of whether a penalty is proportionate depends on the individual circumstances of a case. In cases conducted on the basis of the Fiscal Penal Code and the Gambling Act, the complexity is exacerbated by the need to also apply the provisions of EU law. This is, however, the subject for another article.