How to limit your potential liability to the tax authorities. A closer look at the anti-avoidance clause.

Everyone must comply with their responsibilities and public duties, including the payment of taxes, as specified by Article 84 of the Constitution. Poland has relatively strong measures to enforce compliance with tax obligations, and an example of this is the so-called anti-avoidance clause. This considers whether a legal or factual act was carried out in order to obtain a tax advantage and determines the amount of tax liability in accordance with the real nature of an act and not in accordance with what the taxpayer declared or demonstrated, regardless of other consequences, such as the possibility of initiating penal and fiscal proceedings. 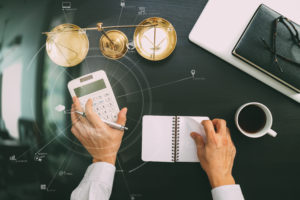 However, the legal possibilities of the State are not unlimited and it is worth noting an existing limitation stemming from the statute, according to which, the anti-avoidance clause does not, in principle, apply to an entity which has obtained a protective tax ruling, to the extent covered by the ruling, until the effective date of the revocation or amendment of a protective ruling. It should be noted that there is a difference between a protective tax ruling and an individual tax interpretation because, in the case of individual interpretations, it is not possible for the authority to conclude that there are no grounds for applying the tax avoidance clause, and, furthermore, no interpretations appear to be issued regarding elements of the facts or future events which are reasonably foreseeable to be the subject of a decision under the anti-avoidance clause. An application for a protective tax ruling may relate not only to a planned action, but also to actions already initiated or carried out.

In order to avoid any negative consequences or potential disputes with the tax administration, any application should be submitted as early as possible. It is important to note that, despite the requirement to describe in detail all the circumstances of the act to be assessed, the interested party does not have to indicate the tax consequences, including financial benefits, resulting from the act covered by the application. The Supreme Administrative Court has also expressed such a position in one of its judgments.

One should be aware that merely submitting an application for a protective tax ruling does not prevent verification activities, tax inspections, tax proceedings or customs tax inspections being carried out. This instrument is not, however, particularly popular: by the end of 2019, only 9 decisions on protective rulings had been issued, three of which were negative, and the small number of entities which have used this instrument is probably due to the amount of the fee for an application for a protective ruling, which is PLN 20,000. Nevertheless, it is worthwhile considering this method of protection in specific cases.

B2RLaw has advised Keyloop on its entry to the Polish market through the opening of its first office in Warsaw. […]

A Discussion on Venture Debt

For emerging companies, gaining access to financial resources can be a challenge. Traditional bank loans are often unavailable, and the […]