Is the completion of a customs and tax inspection the end of challenges for taxpayers, or just the beginning?

It is a truism to say that any inspection of the correctness of a business’s actions is an unusual event from its perspective and raises numerous doubts as to its legitimacy. 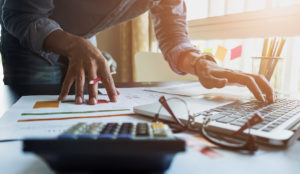 The constant changes in the law have also affected this area over the years, as customs and tax inspection was introduced into the legal order in 2016.

The completion of a customs and tax inspection does not always mean the end of proceedings because the consequence of such an inspection may be the initiation of tax proceedings, which, in turn, often end with a decision creating a legal issue for the taxpayer.

As a rule, after a customs and tax inspection is completed, the result is drawn up and delivered to the subject, and if the authorities find no irregularities, the delivery of the result is the end the procedure, after which, the subject is entitled to submit a correction of their previously submitted tax return. Making a correction after 14 days from the delivery of the result does not cause legal effects, so it is assumed to be late.

This, however, is not the end, because, even though the tax return has been corrected, tax proceedings may be initiated against the subject. The inspecting authority may simply disregard the correction and it may also conclude that, due to the submitted correction, there are grounds for determining further tax liability. However, taxpayers often do not want to file corrections because they do not agree with the authority, and filing a correction may oblige them to pay additional tax. Thus, the result of an inspection can lead to the initiation of tax proceedings.

But what if the subject of such an inspection does not agree with it?

Unfortunately, the only possibility is to file a corrected tax return. As the process results from the judgment of the Provincial Administrative Court in Rzeszów of 10 September 2019, the result of the inspection does not shape the rights and obligations of the subject, so it cannot be considered a decision. Consequently, the subject is not entitled to lodge an appeal against an inspection result. A subject is only entitled to lodge an appeal against the decision issued in the tax proceedings which will be initiated if no correction is made.

The above is only an example of the many issues related to customs and tax inspections and the description presented is not exhaustive.